He Bibles and She Bibles 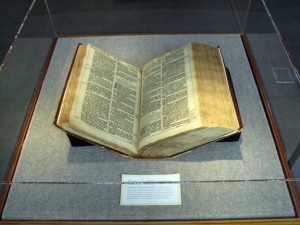 We know our copy of the King James Bible is from 1613 because in copies from the first printing in 1611 the verse Ruth 3:15 reads “he went” while the 1613 version was re-typeset and corrected to read “she went.” Today the different versions are know as the “He Bible” and the “She Bible.” If you look closely you will see the line looks like…”and fhe went to the citie.” 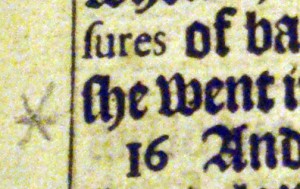 In some older books the “s” looked a lot like a lower case “f” but the “s” would only have the horizontal line on the left side, or in this case it is hardly there at all. 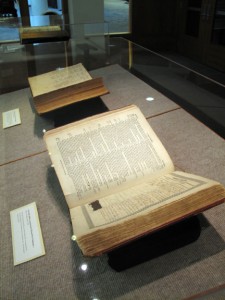 The library does not have the bible the Joseph Smith studied, but we have a copy of the same edition.