“So Much Diversity Among His People”

November is Native American Indian Heritage month. To recognize the contributions of Native Americans, this month we are exhibiting Ute artifacts and photographs from the Mildred Miles Dillman Collection, which is housed in the Perry Special Collections (photographs and papers) and in the Museum of Peoples and Cultures (artifacts). 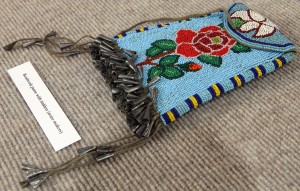 Because of her friendliness and service to the Ute tribe, Mrs. Dillman was highly respected by tribal members. She spent more than 30 years teaching and learning from them and was an enthusiastic student of Ute customs, crafts, legends, and history. 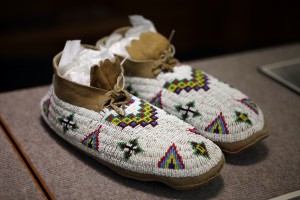 Mildred Miles met Ray E. Dillman while they were both students in Chicago. She was studying at the Art Institute and he was studying law at the University of Chicago. They married in 1916 in Roosevelt, Utah, where they established their home. Members of the Ute tribe were frequent visitors to the Dillman residence for Saturday lunches. Mildred was especially interested in their basketry and became known by a Ute name that meant “Woman of many baskets.” She frequently purchased beadwork, baskets, and other items from members of the tribe. Shown in these three cases is the handiwork of Ute craftspeople whom Mrs. Dillman befriended and photographs of tribal members.

Located on level 1 of the Harold B. Lee Library, the exhibition is free and open to the public. 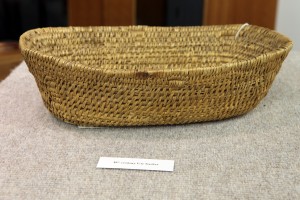