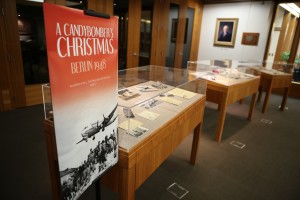 During the Berlin Airlift, Halvorsen flew a cargo plane carrying supplies into Berlin, deep in the Soviet sector of Germany. One day while exploring the city, he saw a group of children lined up behind a fence at Tempelhof airport. He realized they were surviving on the aid delivered by the US Air Force. He wanted to give them a treat, but he didn’t have enough for everyone. All he had was some gum. When he gave it to the kids they broke it into little pieces and shared it. The children who didn’t get gum smelled the wrappers. Halvorsen decided he would contribute what he could by dropping candy out of his C-54. That was the beginning of the “Operation Little Vittles.”

Learn more about this great story of giving by visiting the exhibition in Special Collections on level 1 of the library. See the letters and pictures children sent to the Candy Bomber and even some of the original handkerchief parachutes he used to drop candy to hungry children.

Admission to A Candy Bomber’s Christmas: Berlin 1948 is free and the exhibit is open during regular hours of the L. Tom Perry Special Collections. 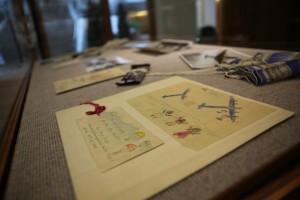 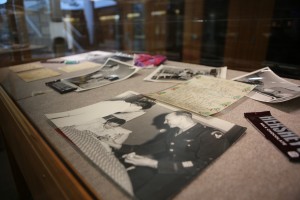