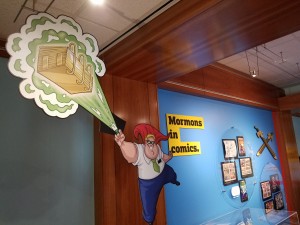 Harold B. Lee Library’s newest exhibition, Comics & Mormons, documents how The Church of Jesus Christ of Latter-day Saints and its members have interacted with comic arts over the past 70 years.

The library is displaying the most complete copy of Stories of the Book of Mormon, by Phil Dalby. Dalby started this work in 1946 which it is considered to be the first true Mormon comic. It was published in The Church News from 1947 until 1965.

There are also original drawings by Brittany Long Olsen who created Dendo: One Year and One Half in Tokyo, which tells the story of her mission in comic book form and Richard Comely who created the first Canadian super hero comic Captain Canuck.

Along with works by Latter-day Saint artists and authors, the exhibit features the first comic devoted to an all Mormon superhero team in Salt City Strangers and examples of how publishers such as DC Comics, Marvel Comics, and Dark Horse Comics have utilized Mormon characters and theology in their comics.

Visitors to the exhibition are invited to participate. There are electronic art stations where people can try their had at coloring comics and everyone is welcome to create their own art in the gallery visitor book.

Comics & Mormons is located on level 1 of the BYU Library in the L. Tom Perry Special Collections. Admission is free. 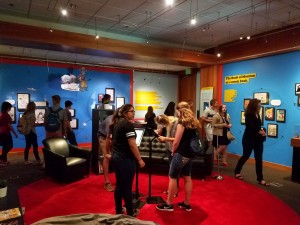 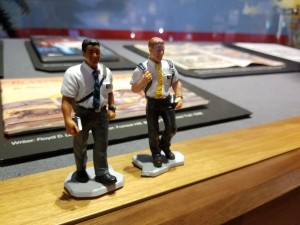