The appointment will be effective September 1. 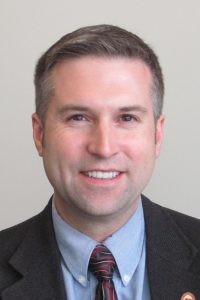 Anderson has been serving as associate dean for Collections & Scholarly Communication in the J. Willard Marriott Library at the University of Utah.

“Rick’s wealth of experience in libraries at other universities will prove a blessing to our students as he leads the library into the next phase of its development,” Reese said.

Anderson has worked previously as a bibliographer for YBP, Inc., as Head Acquisitions Librarian for the University of North Carolina, Greensboro and as Director of Resource Acquisition at the University of Nevada, Reno. He also serves as an unpaid advisor on the library boards of numerous publishers and organizations including biorXiv, Elsevier, JSTOR and Oxford University Press.

Anderson received his bachelor’s degree in family science and his master’s degree in library and information science from BYU.