Ancient Documents on Display in July 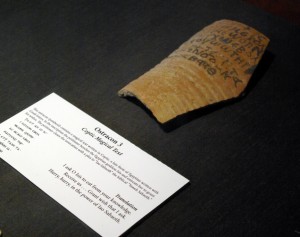 Brigham Young University and the American Society of Papyrologists have invited scholars to a Papyrological Summer Institute with the goal of teaching how to read and use papyri. To support the institute, The Harold B. Lee Library has collected a number of ancient documents ranging from papyri to ostraca (potsherds) and metal foil that will be on public display during July. The exhibition will also feature the multispectral imaging device that revolutionized the study of papyri.

The multispectral imaging system allowed scholars to read text that had been overwritten by later writers as well as look at texts on damaged pages.

Regular photography shows the latest writing on this document.

The multispectral image reveals earlier writing on the same papyrus. 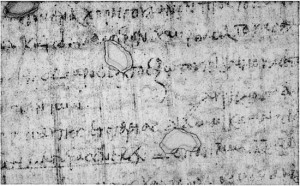 You can learn more about papyri at the following links: