The Library Film Series has three more films this semester. 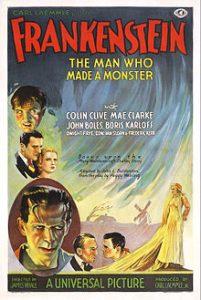 One of the greatest monster movies of all time, the 1931 version of Frankenstein is the source of countless tributes and parodies. Starring Boris Karloff, this is the film that made him a star.

2018 marks the 200th anniversary of the publication of Mary Shelley’s novel. There will be several events on campus including a lecture that day in the Library at 3:00 by professors Cutchins and Perry of the English department who will speak on the many adaptations of Frankenstein.

This 1959 thriller starring Eva Marie Saint, Cary Grant, and James Mason was directed by Alfred Hitchcock. The screen writer, Ernest Lehman, set out to write “the Hitchcock picture to end all Hitchcock pictures.” 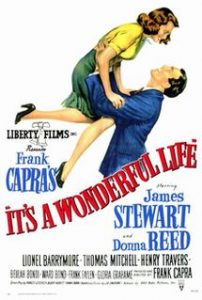 We’ll finish the season with a return to a favorite. It has been years since we screened It’s a Wonderful Life. The Library’s L. Tom Perry Special Collections has James Stewart’s personal copy of the film in their vault.

As always our films are free and the public is welcome.