Join us for free classic films every month this fall.

All shows with be at 7:00 pm in the Alice Louise Reynolds Auditorium on level 1 of the library. 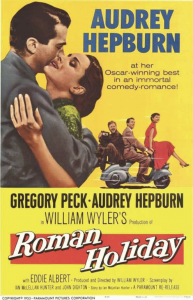 Audrey Hepburn won a Best Actress Oscar as a young European princess who breaks off an official goodwill tour so she can see the Eternal City incognito, and while doing so, falls for an American newspaperman who serves as her tour guide. 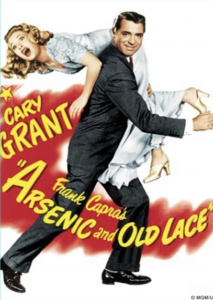 Cary Grant stars as the one sane member of a charmingly lunatic family in director Frank Capra’s classic comedy. When Mortimer Brewster (Grant) brings his new bride to meet his two kindly aunts, he discovers that, among many other acts of charity, the two genteel ladies help lonely old men die happy … by feeding them a wonderful meal before poisoning them. Now, Mortimer desperately wants to protect the two serial murderers he loves, stop them from killing anyone else and keep his bride from discovering how deranged his family really is. 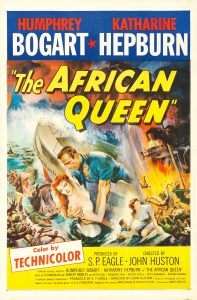 This film is said to be the inspiration for Disneyland’s Jungle Cruise ride, which lead to the 2021 Jungle Cruise film. All of it comes from a novel by C. S. Forester. Katharine Hepburn plays a missionary who’s brother is killed in WWI Africa. A steamer captain, played by Humphrey Bogart, offers her passage to safety. She’s not interested in hiding out and convinces him to attack the enemy.

The African Queen was selected for preservation in the United States National Film Registry in 1994. 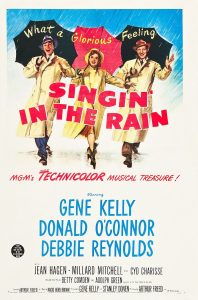 Singin’ in the Rain

We’re celebrating the 70th anniversary of this great film. Gene Kelly, Debbie Reynolds and Donald O’Connor star in one of the greatest musicals ever filmed. Musician Don Lockwood (Kelly) rises to stardom during Hollywood’s silent-movie era–paired with the beautiful, jealous and dumb Lina Lamont (Jean Hagen). When Lockwood becomes attracted to young studio singer Kathy Selden (Reynolds), Lamont has her fired. But with the introduction of talking pictures, audiences laugh when they hear Lockwood speak for the first time–and the studio uses Selden to dub her voice. Set during the advent of “talkies,” this film’s classic song-and-dance numbers celebrate the beginning of movie musicals.